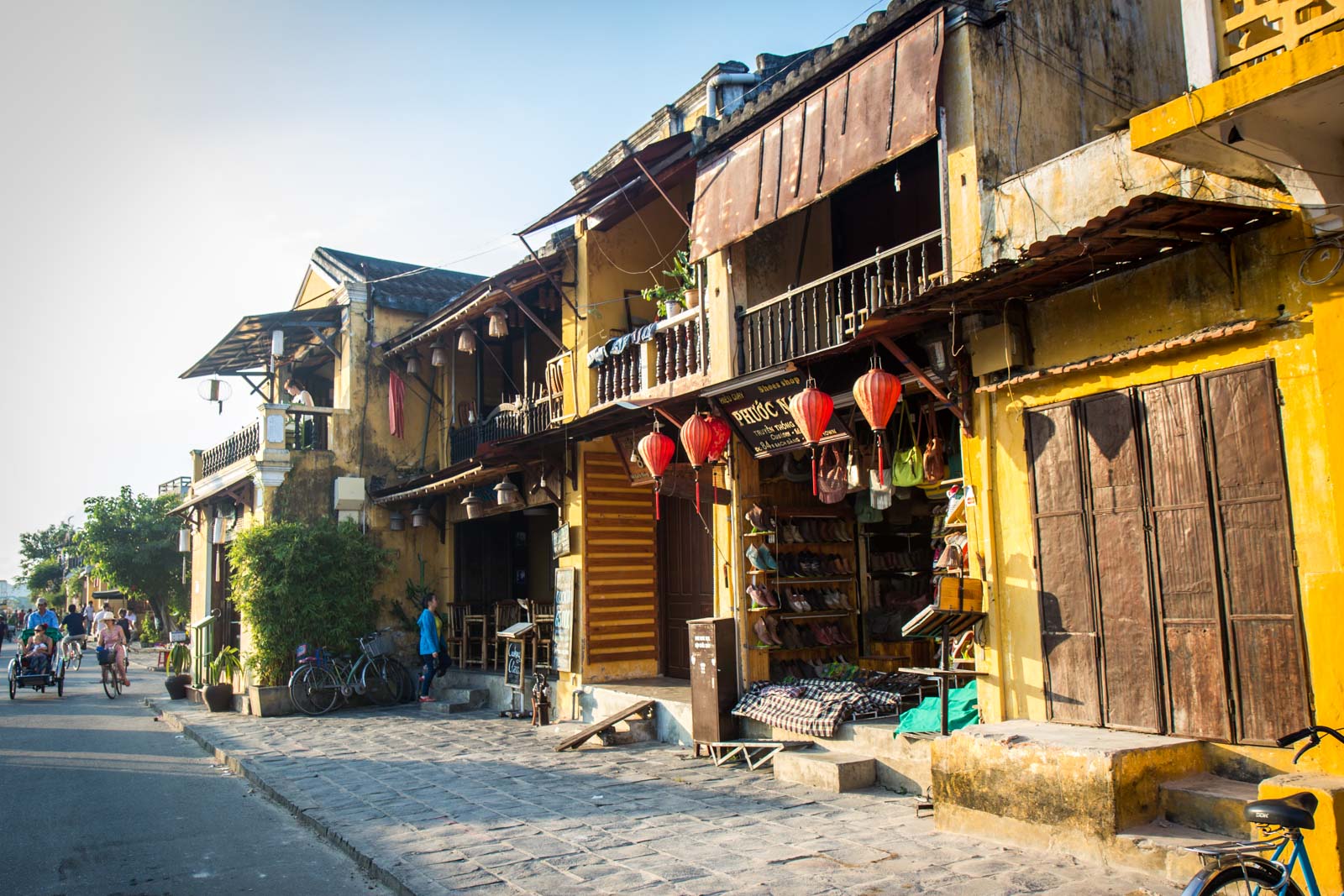 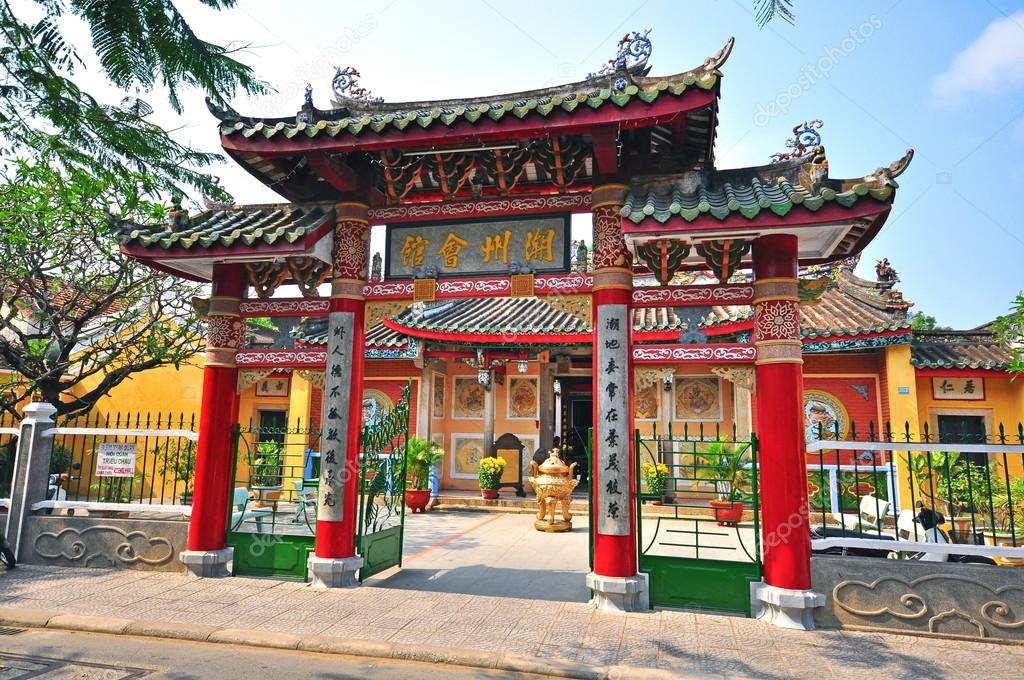 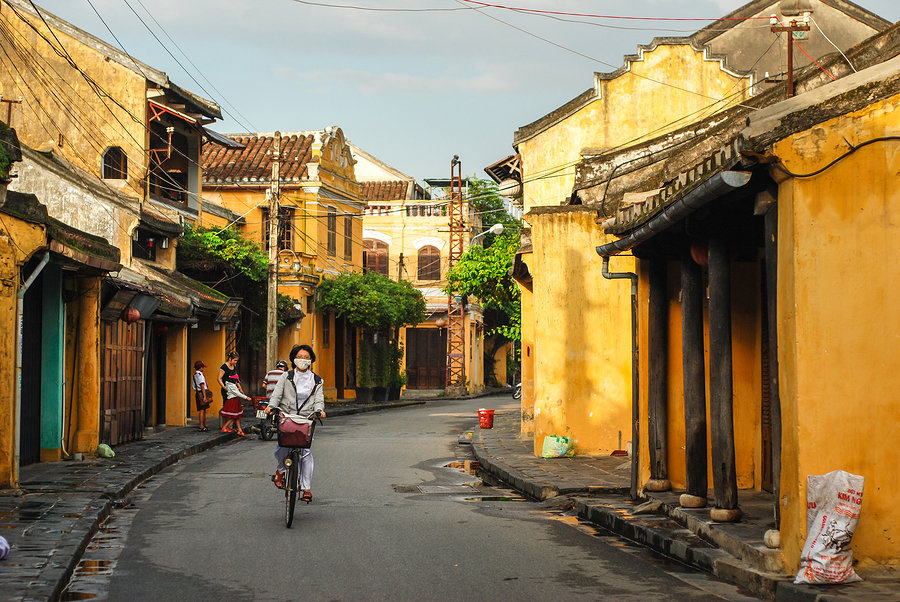 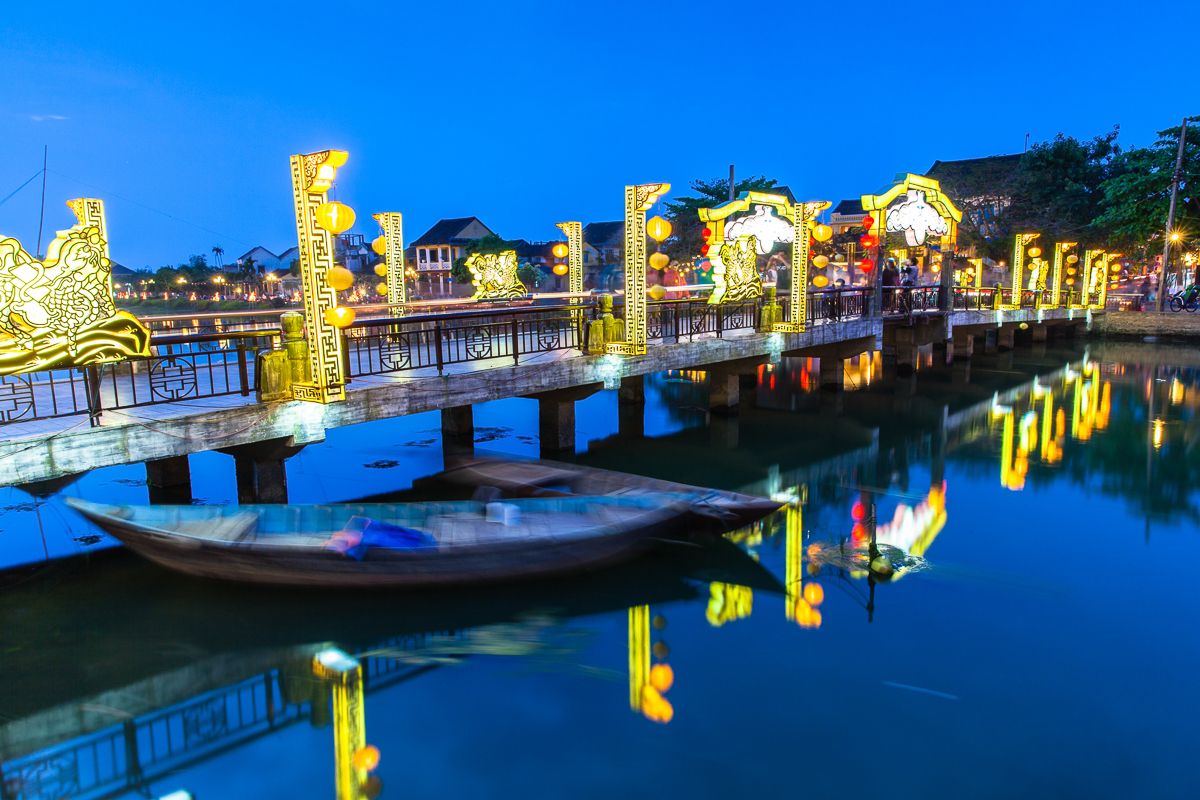 ◊ Characteristics: Hoi An Ancient Town is an exceptionally well-preserved example of a traditional trading port in Southeast Asia between the 16th and 17th centuries. It is also an outstanding material manifestation of the fusion of cultures over time, considered as a living museum of architecture and urban lifestyle.   Hoi An used to be known on the international market with many different names such as Lam Ap, Faifo, Hoai Pho and Hoi An.

◊ Outstanding Universal Values After many centuries, Hoi An is still respectful of its traditions, folk festivals, beliefs and of its sophisticated culinary art. Set in a quiet environment, Hoi An is surrounded by peaceful villages that have crafts such as carpentry, bronze making, ceramic... This little port town is in an incredible state of preservation.

◊ Relatively Intact Ancient Architecture It offers some of the most densely-concentrated sights in Viet Nam with more than a thousand architectural relic sites like its old streets bordered with ancient houses and assembly halls, its pagodas, temples, ancient wells and tombs… The architecture of Hoi An is characterised by a harmonious blend of Vietnamese, Chinese and Japanese influences. The ancient architecture shown most clearly in the Ancient Town that located in Minh An Ward. It covers about 2 square kilometres and almost of all famous relics in Hoi An are gathered here. The streets are very short and narrow, having a winding, crossing as the chessboard style.

The topography of the ancient town tilted gradually from north to south. The buildings in the old town are built mostly with traditional materials such as: brick, wood and no more than two floors. The traces of time is able to find not only on the architectural design of each building but also everywhere like: on the yin-yang roof tiles covered with moss and plants; the old gray mold walls; the pictures carved on a strange animal, or describing a old story… Having inherited a multi-cultural architecture so varied and sophisticated, Hoi An must have attracted numerous and talented workers in carpentry, ceramics, and woodcarving from China, Japan and other regions of Viet Nam.

◊  Unique and Diversified Culture For centuries, Hoi An had developed into a melting pot of various nationalities who came to the area, bringing along their own cultures. Accordingly, Hoi An features the co-existence of indigenous customs and habits and those imported by foreign settlers. There are animist cults, of the Genie-Whale and worship of deities of natural phenomena (such as rain, wind, thunder), but also the worship of Holy Protectors like Thien Hau, Quan Cong, Bao Sinh Dai De, Avalokitesvara, especially among the Chinese community.

Rich in traditions and early exposed to the outside world, the Hoi An people feature a unique cultural identity, which has been well preserved from generation to generation. Lives of people who stay here incline to be interior with subtle quiet. In the mind of the natives of Hoi An, this town constitutes a large ancient home that shelters a big family of many descendants including hospitable dwellers, friendly hosts and hostesses, kind-hearted women, obedient children and so on.

They together form a harmonious community who has lived peacefully side by side through successive generations.   Coming to Hoi An, visitors will immediately feel the hospitality and friendship the locals extend to them. One thing that has withstood the test of time, one thing that the Hoi An people today can be proud of and therefore, make every efforts to preserve is their popular ho (chants) and age-old cultural festivals. Among them, the "Nights of Hoi An" is held on the 1st and 14th nights of every lunar month.

Visitors can immerse themselves in a festive atmosphere imbued with the traditional identities of Hoi An.

◊  Where to Eat It’s amazing to see such a huge variety of local cheap eats and fine dining in a tiny town like Hoi An. Diners can select from both local and western cuisines at most of the up-market restaurants. Many of them feature big lounge bars on the ground floor and an eating section with a balcony upstairs. The highlights of the meal often include local specialties such as white rose (prawn dumplings) and cao lau (a pork noodle dish).

◊ Old Town Nightlife Nightlife in Hoi An’s Old Town is not extremely hectic and things usually get quiet after 22:00. Still, travelers can easily find a place or two to hang out and enjoy a few drinks, snacks or a game of pool and darts. Many cafés and bars offer happy hours and some even start as early as 16:00. The idea of chilling out in a century-old shop-house on big and comfortable sofas and some dancing space in certain venues is appealing to many and Hoi An’s nightlife is certainly friendly.

◊  Things to Do A cylo riding tour is an alternative and fun way to explore this UNESCO World Heritage Site though the Old Town can easily be managed on foot. Many restaurants in the Old Town also offer cooking classes in English. Students normally learn to cook three to five dishes and eat the results together afterwards. For those who are looking for more sporty activities, there are a few good dive centres in Hoi An including one located opposite the Hoi An Museum, a bit further north inland from the Old Town.

They can also visit streets in the ancient town, enjoy artistic activities, folk games, night market.   In addition, for those who love sea, sun and sand, Hoi An offers two lovely beaches of Cua Dai and An Bang, which located five kilometres away from the town centre.